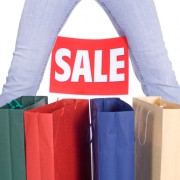 If Cyber Monday’s over-the-top spending is any indication, consumers are pulling out the plastic again … and adding to their credit card debt.

While they’re worried that they’re going over budget for the holidays, it isn’t stopping them from putting their purchases on their cards, according to a post from livescience.com.

“After several years of declining use, credit cards are poised for resurgence,” Beth Robertson, director of payments research at the global financial service industry research firm Javelin Strategy & Research, says in the post. “Despite the nation’s very rocky economic recovery, consumers appear to have halted their belt-tightening, and bank incentives to use credit cards rather than debit are gaining appeal.”

Javelin estimates online spending will rise by 16 percent this year — to $309 billion. By 2016, that could reach $444 billion, the company figures.

Which, in turn, will mean more people looking for ways to consolidate their payments and negotiate their bills.

We understand how it feels.

The prospect of devastating credit-card balances arriving in the mail along with this year’s holiday greeting cards is enough to sap anybody’s spirits.

But don’t despair — the holidays are still a joyous time.