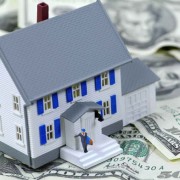 With credit card debt inching back up again, many Americans could soon be in over their heads.

Since the peak of the recession, consumers have been cutting back credit card use, but in September, the numbers started to rise, according to figures from the Federal Reserve.

The Fed’s latest report — for October — shows revolving debt went up 0.6 percent, rising $300 million nationwide to $792.3 billion according to CreditCards.com. That works out to an average of more than $6,500 per card, the Washington Business Journal reports.

Experts offer a number of theories for the increase — everything from being unable to maintain financial discipline to being unable to put off certain purchases any longer.

Whatever the case, with holiday shopping wrapping up, the figures for November and December are likely to go higher still.

“There’s a psychological pent-up need to shop,” explains finance professor Tony Plath of the University of North Carolina at Charlotte. “Essentially, it’s a little shot of nostalgia for the good old days.”

But that could mean trouble down the road, Plath warns.

“Come March and April, this nostalgia will see a wake-up call from a sick economy,” he says.

The good news: There are ways out from under your credit card debt. You have to start somewhere, though — contact us for some options.