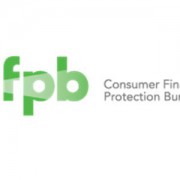 The state of the economy has stretched so many Americans beyond their means that the demand for emergency credit and debt relief is skyrocketing.

Payday lending has become a $7 billion-a-year industry. And even though some states limit the interest rate lenders can charge and a few states have banned payday loans all together, there has been little federal oversight. That is, until now.

Now the Consumer Financial Protection Bureau (CFPD) plans to examine both bank and non-bank institutions offering payday loans (called a deposit advance at banks) to ensure that lending practices are neither illegal nor harmful to borrowers.

Originally, payday loans were meant to be a temporary, short-term stop-gap between paychecks. However, too often when the next payday rolls around, borrowers have to roll-over their debt because they can’t repay what they owe: the sum they borrowed plus two-weeks of accrued interest. While that interest might be 17% for those two weeks, the annual rate often amounts to 400% to 600%.

While many insist that the industry helps people who have been overlooked by the banking system and denied credit elsewhere, there are plenty of horror stories from those who have been “churned through the system” (taking out multiple payday advances) or gouged by lenders.

There is an alternative to the never-ending cycle of payday loans: debt settlement. Debt settlement allows you to get out of debt at a fraction of what you owe.

If you are feeling the pinch of the never-ending payday loan cycle or you have other debts that are piling up, contact us to discuss how debt settlement can provide you with debt relief.