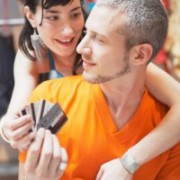 Consumers across the country have continued to take on an enormous level of credit card debt over the last few years, as so many Americans have struggled to make ends meet in light of the recession and lack of available jobs in the economy.

With so much debt, consumers often attempt to spread their important purchases across a number of creditor accounts to avoid approaching credit limits and higher interest payments. However, this recurring process can create additional problems, leaving already-strapped consumers with the challenge of juggling multiple accounts. The pressure of keeping track of and paying off several high credit card bills per month can easily spiral out of control.

Many of those consumers may have heard about companies that can consolidate their credit card debt into one low, monthly payment and wondered if it was possible. Credit card consolidation is a viable solution for many, and it is a simple process that can serve to reduce the hassles of dealing with several credit card companies at once. In addition, the strategy often lowers monthly payments, and in doing so, reduces the total payback of principal and interesting over the life of the loan.

When a consumer applies for credit card consolidation, what they are actually doing is receiving a new loan from a lender to pay off all their credit card debt, and oftentimes other types of debt such as automobile or student debt. This way, the consumer only has one loan going forward with one manageable monthly payment. An added benefit of credit consolidation loans is that rates on them are typically considerably lower than those on credit cards. This means that consumers will save more over the life of the loan, especially if they are conscientious about making monthly payments above the minimum levels.

This credit strategy should not be confused with consolidating several balances into one new credit card account, or simply transferring balances from card to card. Even if there is a low introductory rate on a new card, the canceling of several credit card accounts on top of opening a new one, can instantly damage a consumer’s credit score. And once the introductory rate expires, the consumer is still stuck paying off the high-interest rates they were trying to avoid.

For those than can qualify, credit card consolidation is a legitimate and practical way for a consumer to lower their monthly payments, avoid high-interest credit cards, and considerably reduce their financial problems.